This was a super great week for me… 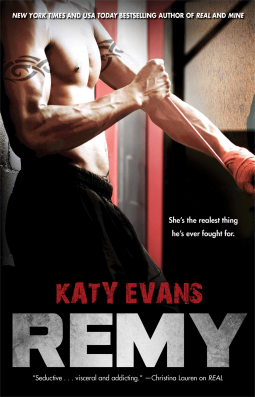 n REAL and MINE, Brooke introduced you to Remington Tate. Now witness their story through his eyes.

What moves a man as complex as Remington Tate? Let him tell you in his own words. . . .

Underground circuit fighter Remington Tate is a mystery, even to himself. His mind is dark and light, tortured and enlightening. At times his actions and moods are carefully measured; at others, they spin out of control. No woman before Brooke Dumas has ever glimpsed his deepest secrets, his most intense passions. But from the first moment he laid eyes on her, he knew, without a doubt, she would be the realest thing he’s ever had to fight for. Through it all, there’s been one constant: wanting, needing, loving, and protecting Brooke. Now, as the couple takes their overpoweringly sensual bond to the next level, enter the unique mind of Remington Tate, Brooke’s Real.

From Random House I received: 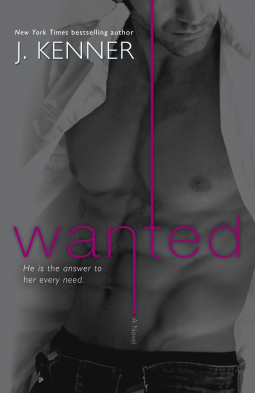 Evan Black embodies my every fantasy. He is brilliant, fierce, and devastatingly handsome. But he is also headstrong, dangerous, and burdened with secrets.

And from the moment we touch—the passion between us consuming us both—I know that I will never be the same.

Before Jamaica Lane by Samantha Young 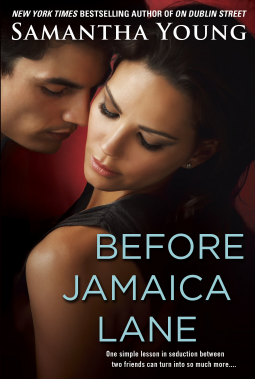 Despite her outgoing demeanor, Olivia is painfully insecure around the opposite sex—usually, she can’t get up the nerve to approach guys she’s interested in. But moving to Edinburgh has given her a new start, and, after she develops a crush on a sexy postgrad, she decides it’s time to push past her fears and go after what she wants.

Nate Sawyer is a gorgeous player who never commits, but to his close friends, he’s as loyal as they come. So when Olivia turns to him with her relationship woes, he offers to instruct her in the art of flirting and to help her become more sexually confident.

The friendly education in seduction soon grows into an intense and hot romance. But then Nate’s past and commitment issues rear their ugly heads, and Olivia is left brokenhearted. When Nate realizes he’s made the biggest mistake of his life, he will have to work harder than he ever has before to entice his best friend into falling back in love with him—or he may lose her forever….

Come to Me Quietly by A. L. Jackson 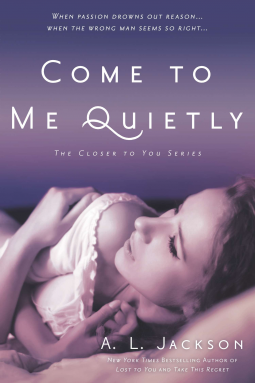 Aleena Moore is haunted by Jared Holt. It’s been six years since she’s seen her brother’s best friend, the self-destructive bad boy she secretly loved in high school. As the years pass, she knows it’s time to move on. Time to decide between a practical nursing degree and her true dream as an artist. Time to get over Jared and give another guy a chance

Just when she opens her heart to her friend, Gabe, Aly returns home to find Jared sleeping on her couch. The teenage boy she loved has grown into a man she can’t resist. Covered in tattoos and lost in rage, he’s begging to be saved from his demonsthe memories of the day he destroyed his family. As the two reconnect, their passion is hot enough to torch Aly’s judgment. But can she risk her future for a man who lives on the edge of destruction? 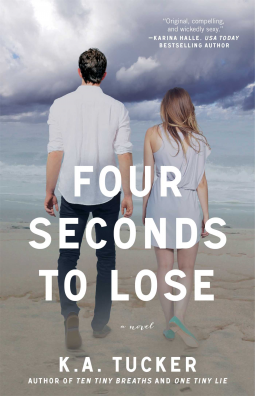 When a gorgeous young dancer walks through his door, a strip club owner must decide whether to follow his rules or his heart in the third novel by the author of One Tiny Lie and Ten Tiny Breaths.

Owning a strip club isn’t the fantasy most guys expect it to be. With long hours, a staff with enough issues to keep a psych ward in business, and the police regularly on his case, twenty-nine-year-old Cain is starting to second guess his unspoken mission to save the women he employs. And then blond, brown-eyed Charlie Rourke walks through his door, and things get really complicated. Cain abides by a strict “no sleeping with the staff” rule. But being around Charlie challenges Cain’s self-control…and it’s been a long time since any woman has done that.

Twenty-two-year-old Charlie Rourke needs a lot of money, really fast, in order to vanish before it’s too late. Taking her clothes off for men makes her stomach curl but Charlie tells herself that at least she’s putting her acting and dancing skills to good use. And though her fellow dancers seem eager to nab their sexy, sophisticated, and genuinely caring boss, she’s not interested. After all, Charlie Rourke doesn’t really exist—and the girl pretending to be her can’t get distracted by romance.

Unfortunately, Charlie soon discovers that developing feelings for Cain is inevitable, and that those feelings may not be unrequited—but losing him when he finds out what she’s involved with will be more painful than any other sentence awaiting her. 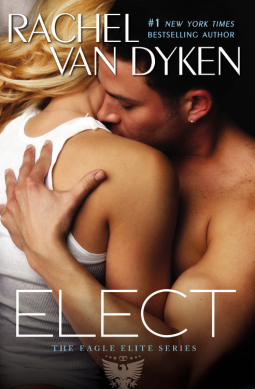 Would you die for the one you love?
Nixon Abandonato made his choice. And now he has to pay the price. Tracey is the love of his life, but being with him has made her a target of his family’s enemies. The only way to keep Trace alive is convince the world she means nothing to him.

Trace Rooks has fallen irrevocably in love with the son of her family’s sworn rival, and she knows in her bones nothing can tear them apart. Until Nix suddenly pushes her away and into the arms of his best friend… But Trace isn’t ready to give up on a future with Nix–and if he won’t fight for them, she will.

In the end, a sacrifice must be made. A life for a life. For what better way to cover a multitude of sins than with the blood of a sinner . . .

The Thrill of It by Lauren Blakely 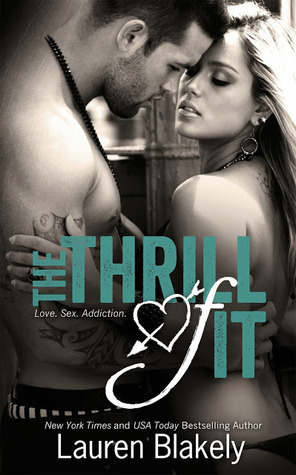 Some say love can be an addiction. Others say it’s the thing that makes life worth living. Let me tell you everything I know about love…Love isn’t patient, love isn’t kind. Love is a game, a chase. A thrill. Love is wild and war-like, and every man and woman must fight for themselves. At least that’s how it was for me. A high-priced virgin call girl by the time I started college, I was addicted to love and to sex. Even though I’ve never had either. I controlled love, played it, and held the world in the palm of my hands. Then I fell down from those highs, and I’m being blackmailed for all my mistakes, forced to keep secrets from everyone, except the only guy I don’t regret.

With all the other women, I knew what they were. They were temporary. They were pills, they were bottles, they took away all the pain, and numbed the awful memories that wore down my ragged, wasted heart. Until I met Harley. She’s the only girl I ever missed when she walked away. But now she’s back in my life, every day, and there are no guarantees for us, especially since I don’t know how to tell her my secrets. What happened to my family. All I know is she’s the closest I’ve ever come to something real, and I want to feel every second of it.

How can you love with no regrets when regret is all you know?