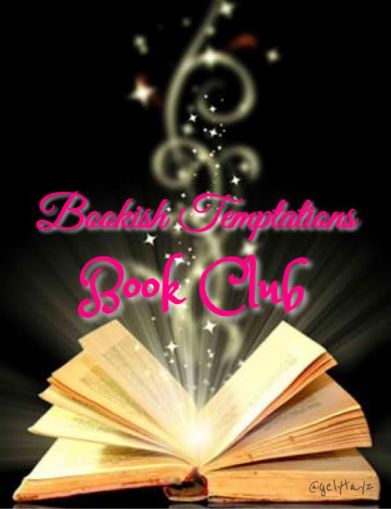 Chapters 13-16 of Clipped Wings by Helena Hunting are on today’s discussion. Lemme just say that chapter 13 is HOT! The kind of hot that makes you sure your e-reader is going to go up in flames at any minute, the kind of hot that’ll get your blood pressure soaring and your heart pounding. So let’s get crackin’ and then we’ll have this week’s Q and A with Helena…

In chapter 13 Tenley comes up with a loophole for Hayden’s rule. Hayden accepts and they have sex for the first time. What do you think of Hayden breaking the rule and the whole scene? Discuss…

Tamie: Holy crap! Where to start first…Let me just say that Helena can write hot scenes that will give you all the feels and tingles they should. It was amazing! I also really enjoyed the humor involved beforehand. I was ridiculously happy that Tenley came up with the loophole in the first place, and Hayden being turned on by the kitty panties? Priceless. O…and who besides me googled “Apadravya” immediately? I may not know how to say it but I sure know what it looks like now 😉 As far as Hayden breaking the rule? I understand why it was made in the first place but I don’t think there’s a snowball’s chance in hell of what happened before recurring, so for me I wanted him to give in.

Elena: I agree, Tamie. I didn’t think Hayden would have resisted long before giving in, and I’m glad he surrendered. Tenley is a very clever girl and she proved that the rule could be broken… I loved how the whole scene was written and I’m glad they gave in to their feelings.

Tenley doesn’t want to share with Hayden what happened to her yet. Why do you think that is? Would you have done the same?

Elena: I completely understand why Tenley doesn’t want to share anything with Hayden yet. This is not a simple thing to share and it’s something that still makes her suffer deeply. Furthermore, she feels guilty and she doesn’t want Hayden to see her that way. They both have secrets, and they both want to hide them for a little while longer. It’s understandable. It’s human.

Tamie: At this point I understand why she’s not willing to share more. I think she’ll need to soon, but right now she’s too scared of his reaction. She doesn’t want him to view her as the guilty person she thinks she is. She wants to hold onto the way Hayden makes her feel…not just sexually but emotionally too. I’ve certainly never been in her position so it’s hard for me to say if I would react the same way, but if I was afraid of losing out on something that made me feel better after having suffered the loss, pain, guilt, etc. that she has I might just do the same exact thing.

When Hayden goes into Inked Armor the next morning Chris and Lisa find out that the rule has been broken. In fact, Chris and Hayden almost end up in a physical fight which Lisa puts a stop to, and then takes Hayden to the office where they discuss many things. What were your thoughts on both situations?

Tamie: Hayden has tells that Chris picked up on, and while I don’t really blame him for calling Hayden on it, I think they both overreacted. Chris knew he was pushing a button after Hayden warned him but he kept it up. I really love Lisa more and more. I’m glad Hayden has her as a friend because she gets him on a level that’s important. I liked her honesty with him.

Elena: I really like Lisa as a character — she’s honest, she doesn’t beat around the bush and she’s not afraid of saying what she really thinks. In my opinion, she’s the one that can make her friends see some sense. I expected Chris would have reacted that way, even though I think it was a bit childish and immature of him. But when you and your friend create a rule and one of you breaks it, the other feels kind of cheated.

At one point Lisa says to Hayden “It’s not that simple, Hayden. We’re not machines. We don’t have replacement parts. I love Jamie, he’s my world and he always will be, but he didn’t fix me. He gave me a reason to fix myself.” What do you think of her words? Do you believe a person can fix another one or not?

Elena: As much as I’d like to say that a person can fix another, I don’t think that’s true. A person can give you the strength to overcome some things, can stand by you during the healing process, but they can’t fix you. You need to do this step. Love and understanding can help you heal, but the key word here is “help.” In my opinion, only we can fix ourselves, because this process needs to start from within us. So I agree with Lisa.

Tamie: I agree with what she said. It’s interesting because usually it’s the woman trying to fix the man. I admire that he wants to fix Tenley’s problems, even though he still doesn’t know exactly what they are, because it means he really cares about her in a way he hasn’t in his past relationships/hookups. Having said that though…I don’t think a person can be fixed either. They can be helped, supported, and loved, but in the end the person with the problems has to be the one who does the hard work to repair themselves.

Elena: “Everyone has scars, Tenley. If we’re lucky, they’re only on the outside. ”

“I just want more little time with you like this, without the past to bog things down.”

Tamie: “It’s okay to want someone.”

“I’d rather stay here and play with my kitty.”

“How the hell am I supposed to keep myself in check when you wear these?”

(And I adored the whole “fucking around” conversation.

And now this week’s Q and A session with Helena:

Mary Jo- Just because this is quirky, why the cupcake fetish for Hayden? I love how possessive he is of his cupcakes which made me curious and seems a little odd for our tattooed/pierced hero. Thank you!

Is there a food that you’re absolutely crazy about? Something you would hoard, and never share if it didn’t make you look like a complete glutton? For Hayden, that food is cupcakes, which seems rather discordant with his personality since he comes across so harsh.

He makes a brief reference to the origin of his zeal for cupcakes at the end of Chapter 7:

“They skidded across the shop and disappeared into the piercing room before I could recover. I didn’t bother to follow— Lisa would lock the door. She knew how I felt about cupcakes. My mom used to make them for me when I was a kid; birthdays, holidays, just because. She always made the vanilla one with buttercream icing, totally from scratch. I used to eat them until I made myself sick. Then I’d go back for more.“

Part of his love for frosted desserts stems from memory. More specifically, the memory of his mother, captured at a time when their relationship was defined by positives. With his parents gone, Hayden only has these snapshots of his childhood to hold onto, because those experiences are no long accessible to him.

When Tenley shows up with cupcakes, on a subconscious level they bring him back to his childhood, prior to the loss of his parents. In some ways, Tenley’s affinity for baking cupcake baking inspires those special memories as a child. After the death of his parents, these were overshadowed by his trauma and the guilt he feels for what happened to them. The acquaintance with cupcakes contributes, at least in part, to Hayden’s growing infatuation with Tenley. There is a positive correlation between the two things; this woman and this treat he loves so much.

Tenley is also representative of a feminine ideal for Hayden and she stands in direct opposition to the women he has previously chosen to be with, even if only fleetingly.

On the basest level, cupcakes are yummy, and so is Tenley. Put the two together and you have the best dessert in the world.

Lila- So, Helena, is the gorgeous back tattoo all in your mind, or had you seen something similar before or while writing? (By the way, I love the image on the cover, too.)

Ironically, the original design for the tattoo was based on butterfly wings, but as I revised the story they morphed into angel‘s wings because of the symbolism and what they represented.

The image has always been in my head, unfortunately I’ve never seen anything that accurately represents what’s in my mind. I have found some cool inspirational images in my search for the perfect design, but I’m not an artist and I can’t draw what I can describe. I would love to commission a tattoo artist to create the image in my head, although I wouldn’t ever have the guts to put something that extensive on my back.

Steph- Will we see more about Hayden’s aunt Cassie and her husband?

You sure will! Nate and Cassie play very important roles in Hayden’s life. As we move through the story, you’ll begin to see how essential they are to Hayden, and those relationships are integral to Hayden’s well being in Inked Armor. Until Tenley comes into his life, Hayden hasn’t allowed himself to get too close to the people he loves, because his trauma inspires a great deal of fear around the potential for more loss.

Tamie– How difficult or easy is it to write from Hayden’s POV? I’m always fascinated when an author of the opposite gender does this and it seems so seamless from the dialogue to the mannerisms to the thoughts in his head.

Hayden’s POV was so easy to write for whatever reason. The entire time I worked on this manuscript I always had to push Tenley to get her to communicate, but Hayden had loads to say. His chapters flowed and his reactions and responses weren’t difficult to predict. I can’t explain why that is. He just resonated with me on such a deep level. He’s so highly traumatized and in need of unconditional love. Finding someone who fills the holes in his life, the ones he didn’t even realize were there until Tenley came along, was something that seemed natural to write.

I really love getting these extra insights into the characters and book, so thanks to those asking questions and Helena for taking the time to respond.

Now’s your chance to join in and share your thoughts with us, and ask more questions for next week.