Ignazio Vitale is not a good man.

I suspect it, the first time I see him, sense the air of danger that surrounds the man. He has a way of commanding attention, of taking control, of knowing what I’m thinking before I even do.

It’s alarming and alluring. It’s dark and deadly. It’s everything I’ve ever wanted but the last thing I truly need. Obsession.

It doesn’t take him long to draw me into his web, charming me into his bed and trapping me in his life, a life I know nothing about until it’s too late. He has secrets, secrets I can’t fathom, secrets that make it so I can’t walk away. I see it sometimes in his eyes, a darkness that’s both terrifying and thrilling. He’s a monster, wrapped up in a pretty package, and what I find when I unmask him changes everything.

I want to hate him.

But it doesn’t stop me from loving him, too. 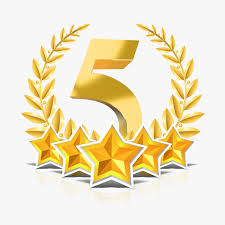 “There’s something about you…something I’ve sought for a very long time. Something I’ve always wanted. And now that I’ve found it, I don’t know if I can let it go.”

Let me say that JM Darhower is one of the best Authors of this generation. Since I read the Sempre Series, I became completely fascinated by her sublime writing style and addicted to her characters and story lines. With Monster in His Eyes, she proves once again to be an Author that not only does write a story, but also she makes you FEEL it, in the real sense of the word.

I rarely add pluses to an already 5 star rating, but this novel deserves so much more than 5 stars. Monster in His Eyes is the kind of book that gives you a real book hangover, the kind of book you carry in your bag wherever you go, so you can sneak in a few pages whenever you get the chance. The kind of book that becomes an addiction. It’s the first instalment in the duology, and it’s different from the previous ones Darhower wrote, because it’s an adult and dark romance.

“He says nothing as he stares at me. Nothing about what he just did really explains it, but somehow I understand. Whatever happened to him was bad…bad enough to stop life in its tracks and send him on a different path.”

“Ignazio Vitale is not a good man.” We get the feeling that Ignazio might be dangerous from the very first time we meet him, but we can’t help but be seduced my him, as is the 18 year old Karissa. He sweeps her off her feet and turns her world upside down, introducing her to pleasure, intense experiences, and most importantly love. Because they both fall in love with each other.

“When you love somebody, you want what’s best for them…but when you’re in love with them, you want them for yourself. And they’re not always the same thing. Just because I want you, doesn’t mean I’m the best thing for you…because I’m not. It isn’t easy to reconcile. Because I know I should let you go, should let you walk away from me right now, but I can’t do it. I can’t. I’m selfish, and I’m in love with you, and I want nothing more than to keep you for myself.”

Still the unease remains. We sense that there’s something sinister surrounding Ignazio, but we don’t know what it is. We can’t even guess it, and this is one of the reasons why I love Darhower’s writing so much. She gives you clues that you start putting together, but when you think you have it all figured out, you’re proven wrong and your theory crumbles down. THIS is what I call sublime writing talent, guys. She keeps you on your toes till the very last pages of the book, where the big plot twist takes place. And what a twist that is…

Ignazio is not a good man. He says so himself. But can a person be completely bad? Is there some goodness in him? And what are his motives? Karissa finds herself in a whirlwind, caught between love and hate, between wanting to stay in arms and flee from them…But while you read, another big question arises, a question that calls for an answer: who is Karissa? Why her?

It’s been a long time since I read a book that affected me so much as Monster in His Eyes did. Dark, full of passion, intrigue and mystery, with a male character you fall in love with, and then you hate, only to fall in love with him again…It’s a story that also makes you ponder on several life themes, that shows the blurry line between goodness and evil…It’s a book you won’t stop thinking about. I still can’t get it out of mind, and I’ll start a reread soon because it’s just too amazing.

Torture in Her Soul is the second instalment of the series, and it’ll come out in the fall 2014. Needless to say, it’s one of my most anticipated books this year.

“His hands are strong, his body like steel, but as he pounds into me, I think maybe it’s what’s on the inside that’s heaviest. He’s purging his soul, and as scary as I think the deepest parts of him might be, I want it all. I want to see it.” –Monster in His Eyes
” ‘Tonight isn’t for playing.’
‘What’s it for?’
‘Loving.’
He pushes inside of me slowly, his lips meeting mine again, as his body weight presses upon me.
It’s slow and sweet. It’s all pleasure and not a stitch of pain. He’s making love to me.” –Monster in His Eyes

“Why don’t we focus on tonight before you start worrying about tomorrow? We waste too much time looking for the next thing and not appreciating what we have right now…and right now what we have is endless opportunities. The sky isn’t the limit in my world, Karissa. There is no limiti. You want it? You got it. Whatever it is.” –Monster in His Eyes

***Complimentary copy given by the Author in exchange for an honest review. The quotes come from that copy.***

WHERE YOU CAN PURCHASE MONSTER IN HIS EYES:

7 thoughts on “Elena Reviews: Monster in His Eyes (Book 1) by JM Darhower”