Come to Me Softly by A. L. Jackson 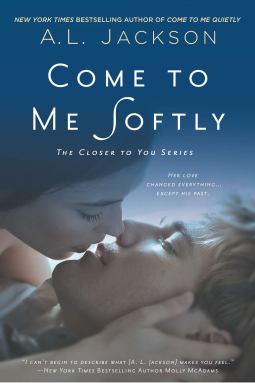 From the New York Times bestselling author of Come to Me Quietly comes a scorching new adult romance in the Closer to You series.A second chance at life…A second chance at love…Jared Holt never thought he deserved either—until he found both in the arms of Aly Moore. Aly has loved Jared for as long as she can remember, and she’s more than ready for the future they’re making together. But Jared can’t help remembering his own family. And he’ll never forgive himself for what happened to them. How can he allow himself the very happiness he once destroyed? To live a life worthy of Aly, Jared knows he has to stop running and finally put his past to rest. But when he decides to face his demons head on, he encounters more than he bargained for: a dangerous mix of jealousy, lies, and dishonest intentions. When those intentions threaten Aly, Jared loses all control, giving into the rage that earned him his bad boy reputation years before. And he’ll fight to protect her no matter what it costs…even if he destroys himself in the process.

Over Exposed by Stephanie Julian 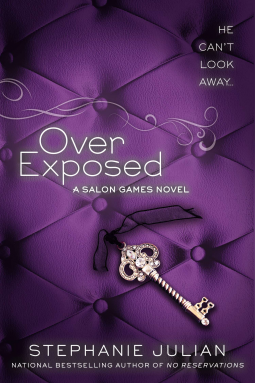 When the cameras are off, the real action begins.

Greg Hicks is a Hollywood power player. For years he’s enjoyed the perks that come with being a top director and producer: the influence, the wealth…the women. But none of his many conquests have ever possessed the incredible sensuality of the young woman he once watched lose all inhibition in front of his camera.

Sabrina Rodriquez’s life is far from a Hollywood dream. Refusing to make the same mistakes as her unlucky-in-love mother, she’s focused on her first real job and avoiding all distractions, especially those of the male variety. Yet a man as compelling as Greg is difficult to ignore. And the desires he awakens are even harder to quench.

While a winter storm rages, a night at Haven Retreat leaves Sabrina’s and Greg’s temperatures rising. As Greg introduces Sabrina to the pleasures of voyeurism and exhibition, she unleashes his most decadent passions—and his creativity. But having Sabrina as a muse isn’t enough. He wants her to take a starring role in his bed…and in his heart.

When Day Breaks by Maya Banks 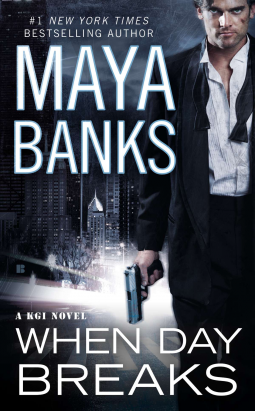 Eden is said to be one of the most beautiful women in the world. Her face has graced countless magazines and her body has sold millions of dollars of clothing. But her fame and beauty has earned her more than she ever imagined. Evil is stalking her, determined to extinguish the ethereal beauty forever.

Swanson or “Swanny” as his teammates call him is always up for the next mission. He came back from Afghanistan wounded and scarred. Hardly the kind of man who even belongs in the same room with Eden. And yet there’s something about the quiet beauty that stirs his blood and makes him dream of the impossible. Because Beauty loving the Beast only happens in fairy tales and KGI doesn’t deal in fairy tales. Ever.