It’s me and Mrs. Q this week and we both love Rochelle Allison! If you’ve been reading fan fiction for as long as we have, then you know who she is. Seriously, who can forget Starry Eyed Inside… 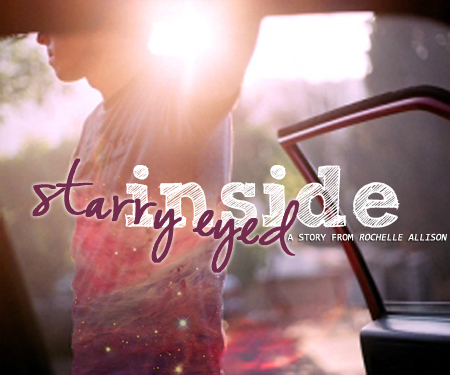 Check out our reveiws of two more stories… 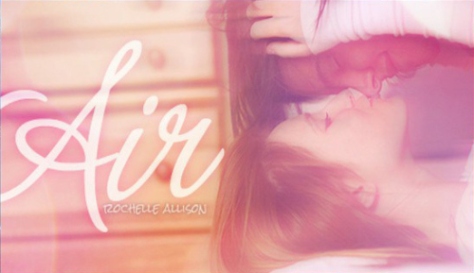 Author’s summary:   “Edward and Bella meet at a summer barbeque. A story about – what else -falling for someone, hard.”

A 19 years old Bella falls in love with Edward, 29 years old. Yup, OlderWard 🙂 Their relationship comes easy, they enjoy each other company. Bella is a young girl, she is full of energy but very understanding and mature. Meanwhile, Edward always seems so busy with work but they try the best they can to make their relationship works. For Edward, it’s time for him to settle down, he even quits smoking (or so he says). For Bella, there’s nothing more beautiful than being with Edward.

This is a very mature story. Mature Edward and Bella, mature relationship. This story has special place in my heart because of this OlderWard. I love how Edward handles some problems, it’s very mature. It feels so real for me personally. In my mind, I said “That’s what you get when you’re dating an older guy”. Edward is so passionate in his own way. No bullshit and no romance..:D What makes this story better is Bella is not stubborn, she’s willing to accept Edward with all his plus and minus sides.

So yeah, I love this fic very much and I love the author 🙂 One of the best mature fics I have read.

This particular story from Rochelle has been sitting on my TBR list for awhile, so when Mrs. Q wanted to review Air, I thought I should read something else from Rochelle also. 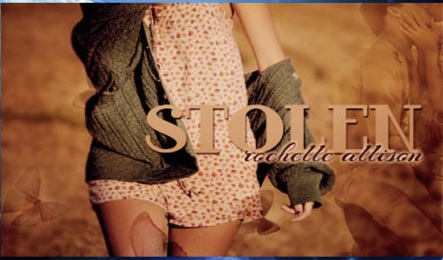 Author’s Summary: He stole her heart, and then he stole her father’s fortune. Love and forgiveness are nice concepts, but highly improbable. Right? Drama, romance, action, and a heavy sprinkling of the good stuff.

While I still read quite a bit of AU story, because of my love of vampires, I don’t always connect with AH stories. They are usually too far from “canon” for me. They need to be pretty amazing for me to love them, and this story is one of those. I love this story. For many reasons.

One of them is that it actually reminds me of Twilight. Innocent girl meets handsome boy who is hiding who he really is and his dark past.

This Edward is everything I have always loved about the original Edward. He is mysterious and appears to be perfect. Says the right things. Does the right things. He is the perfect guy. In this story, Tanya and Bella are on vacation in Miami, getting in the last summer before starting college. Tanya is the one who noticed the gorgeous waiter on the beach that keeps checking out Bella, when ordering food and drinks. Bella would never have talked to Edward if Tanya hadn’t encouraged her.

She nods, glancing impassively at him. I can see hints of Mama Bear lurking around in her otherwise cool expression, but she won’t act on it. I know she’ll be keeping an eye on me, though. It’s both endearing and irritating. “Okay. Tyler said he was on his way, so…”

“Yeah.” Edward gestures toward the sidewalk behind her. “He’s right there.”

“We’ll stick together, though, right?” Tanya says in a low voice, mostly to me.

I shrug, which earns narrowed eyes, and then nod. Whatever. I can’t say I blame her. We really don’t know these guys, and the buddy system just makes sense. It always has, although I don’t know what she plans to do when I’m in college. For now, though, it’s all right.

And anyway, she’s no killjoy. She’s been pushing me toward Edward since day one, and I know for sure we’re on the same page when she winks at me as Tyler catches up to us. He swoops down, playfully biting her neck in greeting, making me wonder how far they’ve actually gone.

The noise level escalates as a dozen different conversations buzz around us, rumors of nearby parties and potential plans bouncing back and forth. Edward never lets go of my hand once, and when our group starts to move, he pulls me even closer, his arm now around my waist. Prickly-hot with nervous excitement and attraction, I slide my arm around him, too. I love the way he smells, and how his body feels like it fits against mine. I love the feeling of belonging, like in this sliver of time and space we’re a unit, like the universe rearranged itself so that we could have this handful of moments.

I try to keep in mind that it’s temporary, that in less than a week’s time I’ll go my way and he’ll go his, but that just makes it feel even more precious.

Some chapters are told from Bella’s POV, some from Edward’s. It’s when I was reading Edward’s POV, that I could see the original “canon” story coming through. For the first time, Edward wants to be a better man for Bella. He doesn’t want to live the life he has lived so far, as part of the game or con that his family has always led.

Like the summary suggests, Edward does steal from Bella, but walks away from the only family he has ever known immediately after. He wants to make amends, but can’t get past all of the guilt. It’s not until he shows up on his Uncle Carlisle and Aunt Esme’s doorstep, that he is able to move on. This is an excerpt of one of my favorite scenes with Esme…

“Everything okay?” she asks, sitting at the edge of my single bed.

Nodding, I slide the laptop aside. “Yeah. It’s great. I like it here. I appreciate it…”

She waves me off, smiling. “No, no. Not that. I mean…how are you doing? Carlisle doesn’t tell me much when it comes to you, but he’s mentioned…things. I wanted you to know that I’m here if you need to talk about it.”

“Is that her name?” she asks, cocking her head. “Bella. Pretty.”

“She is.” I drop my eyes, focusing instead on the bedspread. “She’s beautiful.”

“Have you tried calling her?”

“There’s no way. I’ve done enough damage in that girl’s life. She’s better off without me, trust.”

“With all due respect, Esme…and I mean that, because I really, really do respect you…you don’t know what went down. I don’t think I could forgive someone for doing what I did to her.”

“Maybe she is, maybe she isn’t. All I know is that I’m no good for her. I’ve got baggage, and a shitty past…and she’s…got plans. And potential. People who love her. I can’t interfere with that. I won’t. It would be selfish.”

“Edward, with all due respect,” Esme smirks, tossing my words back at me, “what’s selfish is this act of self-preservation you’ve got masquerading as caring. You’re afraid she might reject you, and, yes, if she did she’d be perfectly in her right to do so. Maybe she should. Maybe what you did was so awful there’s no way. But maybe not. Maybe she misses you. Maybe, if nothing else, she deserves more than an envelope of money.”

“I knew he’d tell you.” I laugh to myself, closing my eyes.

“Well. He tells me everything, just like I tell him everything. That’s what you do when you love someone…you tell them the truth. Even when it’s scary, or you messed up, or you’re unsure. Full disclosure is the ultimate act of intimacy.”

“There is no intimacy, Esme! I pretended to be someone I wasn’t!”

“I understand.” She nods. “But I think you’d feel better if you told her all of this.”

Yeah, there aren’t enough stories out there about Esme. She is like the unsung heroine most of the time.

Will Edward do more than just pine away for Bella, thinking he doesn’t deserve her forgiveness? Will Bella see past the con man and forgive him? Read this story and find out…

Both stories from Rochelle are perfect summer reads.

Thanks again Mrs. Q for sharing and reviewing what you’ve been reading. We love guest reviewers!!