This morning I’m in bed with Jack Oliver from Right Kind of Wrong by Chelsea Fine.

He’s a former “bad boy” with lots of secrets. He’s tall with gunmetal-gray eyes, tousled black hair, tattooed arms and broad shoulders. Sounds yummy non?!? 😉 I think those of you who are hooked on NA stories will really enjoy this one. 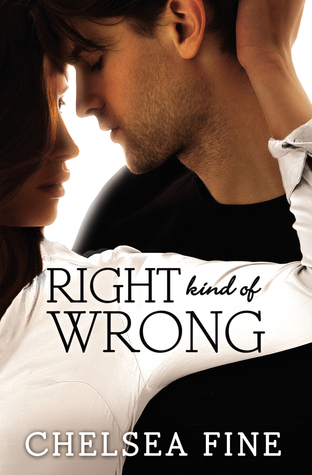 Jenna Lacombe needs complete control, whether it’s in the streets . . . or between the sheets. So when she sets out on a solo road trip to visit her family in New Orleans, she’s beyond annoyed that the infuriatingly sexy Jack Oliver wants to hitch a ride with her. Ever since they shared a wild night together last year, he’s been trying to strip away her defenses one by one. He claims he’s just coming along to keep her safe-but what’s not safe for her is prolonged exposure to the tattooed hottie.

Jack can’t get Jenna out from under his skin. She makes him feel alive again after his old life nearly destroyed him-and losing her is not an option. Now Jack’s troubles are catching up to him, and he’s forced to return to his hometown in Louisiana. But when his secrets put them both in harm’s way, Jenna will have to figure out how far she’s willing to let love in . . . and how much she already has.

Right Kind of Wrong is releasing on September 2nd, so in just a few days you can have Jack in your bed, but now I want to know who you’ve got there today! 😉

9 thoughts on “Sundays In Bed With…”