Jessica Sorensen is a fabulous Author and I’m very happy to participate in the Launch Day Blitz of the print edition of The Ever After of Ella and Micha.

We have a beautiful excerpt and a giveaway for you. Check them out!

END_OF_DOCUMENT_TOKEN_TO_BE_REPLACED 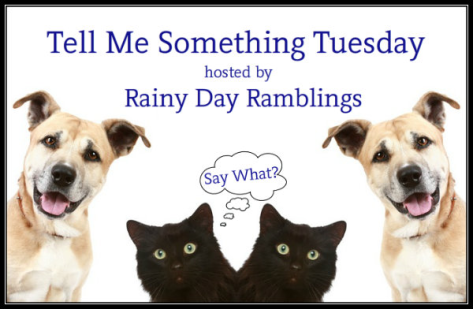 Tell Me Something Tuesday is a weekly discussion post hosted by Rainy Day Ramblings. This week’s topic:

2014 has been a year of series conclusions. What were some of your favorite end books?

This was a wonderful year for several of our favorite series. We got to read the epic finales. I have to be honest – when a series comes to a conclusion I always go through a bittersweet moment. I’m sad to have to say goodbye to those characters I grew fond of, but I know I’ll be able to re-read the series whenever I want.

Here are the end books of my favorite series in 2014:

END_OF_DOCUMENT_TOKEN_TO_BE_REPLACED

Would you die for the one you love?
Nixon Abandonato made his choice. And now he has to pay the price. Tracey is the love of his life, but being with him has made her a target of his family’s enemies. The only way to keep Trace alive is convince the world she means nothing to him.

Trace Rooks has fallen irrevocably in love with the son of her family’s sworn rival, and she knows in her bones nothing can tear them apart. Until Nix suddenly pushes her away and into the arms of his best friend… But Trace isn’t ready to give up on a future with Nix–and if he won’t fight for them, she will.
In the end, a sacrifice must be made. A life for a life. For what better way to cover a multitude of sins than with the blood of a sinner . . .

We are big fans of Rachel Van Dyken here at Bookish Temptations, so I was very excited to hear that Elect was going to be published as a paperback.

Check out my review after the break….