One of our favorite authors here at Bookish Temptations is Emma Chase. She has a new book coming out April 28, 2015 titled Overruled and we can’t wait to get our hands on it! 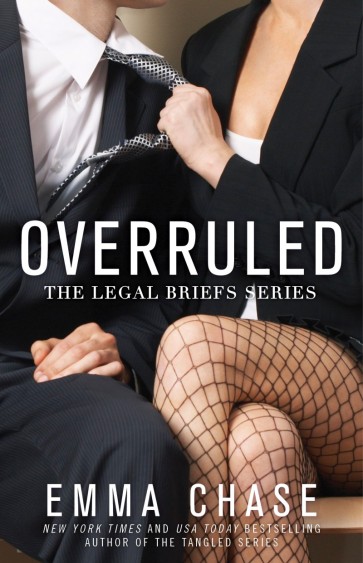 As a DC defense attorney, Stanton Shaw keeps his head cool, his questions sharp, and his arguments irrefutable. They don’t call him the Jury Charmer for nothing – with his southern drawl, disarming smile and captivating green eyes – he’s a hard man to say no to. Men want to be him and women want to be thoroughly cross examined by him.
Stanton’s a man with a plan. And for a while, life was going according to that plan.
Until the day he receives an invitation to the wedding of his high school sweetheart and mother of his beloved ten-year old daughter. Jenny is getting married — to someone who isn’t him.

That’s definitely not part of the plan.

Her head tells her she’s crazy…and her heart says something else entirely.

Preorder your copy of Overruled

Other books in the LEGAL BRIEFS series