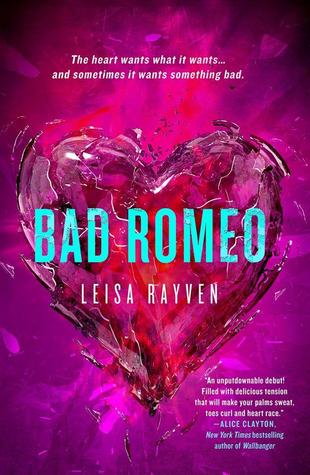 Let me begin to try to explain what is makes me love this book so much. First, the writing. INCREDIBLE. Leisa is basically telling two stories at once, an amazing feat, because it involves past and present timelines. Cassie and Ethan are two gifted students, studying acting at the prestigious drama school called The Grove in New York.

They are young and very insecure, but learning their craft. They are also in the process of driving each other totally crazy, because neither one of them know what to do about this insane attraction to each other. Ethan is a brooding ass, a majority of the time. Like 99% of the time. I mean he reads her diary, for God’s sake. On accident, mind you. Whatever. Jerk. I am digressing… Cassie is a self-deprecating virgin that lives to please anyone and everyone for attention. This is all told in Cassie’s POV, which has me laughing and crying, sometimes at the same time.

Favorite line for sure:

Second reason? The main characters. Because when they are performing for the first time, playing Romeo and Juliet no less, I am mesmerized.  I am not an actor/performer, but when I read what they are feeling and experiencing when they are on stage together, I totally get the acting bug. I want them to BE together, but Ethan just won’t just let it happen. Stupid idiot. Uggh!

A scene that reminded me that I could never be an actor:

He glances at me briefly before saying, “A friend.”

“And what are you apologizing for?”

He stops fidgeting. “Why do you have to know that? Does it matter?”

She shakes her head and gestures for him to begin. “Not at all. Whenever you are ready.”

He closes his eyes, he picks a point in the back of the room and focuses on it. His face changes. It’s softer. Contrite.

He stays focused on the same point as his face twitches.

“I’m sorry,” He says again, but he’s resisting the emotion.

He blinks and shakes his head, and his eyes are getting glassier by the second. “I’m sorry!”

His voice is getting louder, but he’s still protecting himself. Spark without flame.

“That’s not enough, Ethan!” Erica says, her voice rising with his. “Stop fighting the emotion. Let us see it. All of it. No matter how messy it is.”

He swallows and clenches his jaw. His hands curl into fists as he moves from one foot to the other.

He blinks a few more times then drops his gaze to the floor.

He glares at her. He doesn’t need to answer.

He strides over to his chair and sits heavily.

“So, would you like to change your opinion that acting is easy and doesn’t require courage?” Erika asks softly.

Erika looks around at the rest of us. “Acting deals with delicate emotions. Finding them within ourselves and letting them out for others to see. But in order to do that, the actor had to be willing to show parts of himself he’s ashamed of. He has to have the courage to give light to every terrifying insecurity and shameful regret. Nothing can be hidden. Contrary to popular belief, it’s not about eliciting a response from the audience. It’s about manifesting something from within yourself and letting the audience witness it.”

Like the book’s summary says, in the present, Cassie and Ethan are forced to deal with how terrible things ended between them three years ago. The chemistry between them is what the director of the play they are in wants to see. It makes for some serious UST.

Sooo…the ending is a cliffhanger, but so good. I kind of wanted to bang my head on my front door, and hoped that maybe Ethan was standing outside in my hallway. A girl can dream right?

Daniel Sharman is my Ethan Holt. So pretty…

****I was given an ARC copy of the book from the publisher for an honest review. The excerpt is from that copy.****

I gave this book 5 knock me on my ass stars and put it on my “books that own me” and “top shelf fantastic reads” shelves on Goodreads. It also made my Favorite books for 2014 list too!!

Check out Tamie’s fantastic review here! Both of us are looking forward to more books from Leisa that are coming out in 2015.