In the meantime tho, I have an excerpt for you to read and love 🙂

In the distance, the Prince could hear voices and muffled sounds.

He approached silently, almost floating across the floor.

Desperate groans and the rustling of fabric filled his ears, along with the twin sounds of rapidly beating hearts. He could smell their scents, the aromas heightened due to their sexual arousal.

He growled in reaction.

The corridor was shrouded in darkness but the Prince could see that the professor had his wife up against a window between two statues, her legs wrapped around his waist.

Her voice was breathy as she spoke, but the Prince tuned out her words, moving closer so he could catch a glimpse of her lovely face.

At the sight of it, flushed with passion, his old heart quickened and he felt the stirrings of arousal.

It was not his custom to observe rather than participate. But on this occasion, he decided to make an exception. Careful to remain in the darkness, he moved to the wall opposite the couple.

The woman squirmed in her lover’s arms, her high heels catching on his tuxedo jacket. Her fingers flew to his neck, undoing his bow tie and tossing it carelessly to the floor.

She unbuttoned his shirt, and her mouth moved to his chest, as murmurs of pleasure escaped his lips.

The Prince felt more than desire as he watched the woman’s eager movements. He caught a glimpse of her exquisite mouth and the toss of her long hair that would no doubt feel like silk between his fingers.

She lifted her head to smile at the man who held her close and he could see love in her eyes.

ALSO…check out what Deborah Harkness and Christina Lauren have said about The Raven which is releasing on February 3rd! 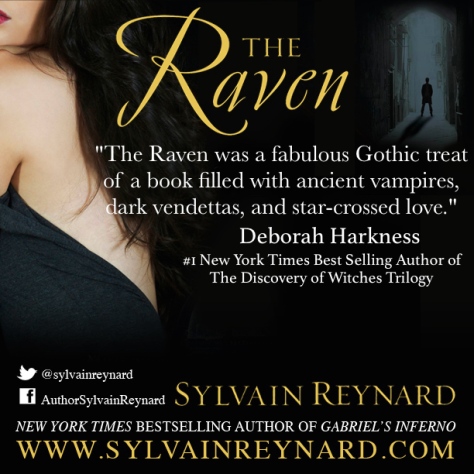 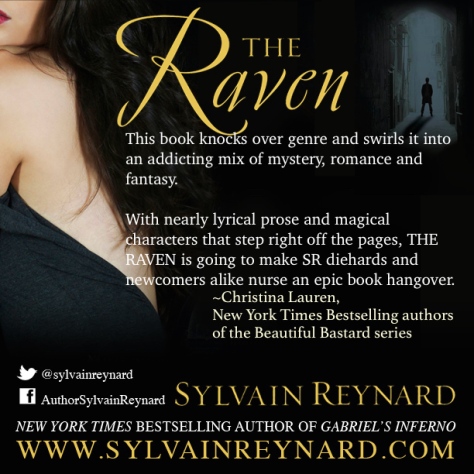 4 thoughts on “An EXCERPT from THE PRINCE by Sylvain Reynard!”