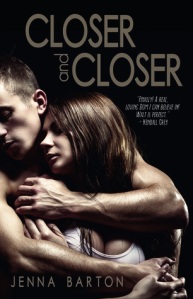 Dominance and submission. The delicate balance between hurts so good and too hot to handle. They’re not just kinky trends for the members of The Enclave, a tight-knit group gathering in a Gilded Age mansion secluded in the North Carolina mountains.

For Erin Proctor, life has always been about working hard, creating stability, and succeeding. She plays it safe, watching from a distance. Then she encounters an unpredictable, sensual world she’s always known was there, but didn’t believe she could belong to.

Walt Easton is straightforward and unpretentious, a big, earthy man in possession of himself—and a fierce set of solid leather floggers. Once he and Erin meet, their attraction is undeniable. Walt wants a full relationship, not just fun in the playroom. Their kinky adventures can be negotiated later.

They’ve finally found a relationship that can let them explore who they fully are. But can Walt accept that while he’s in charge in their private lives, when it comes to her job, Erin is the one in charge? Will Erin take the risk of letting down her walls and allowing Walt in all the way?

The first book of The Enclave series will bring you Closer to your desire.

The story begins with Erin Proctor, a successful and single career woman who has just relocated from California to North Carolina. She does so not only to pursue a promising job opportunity, but also to put some distance between herself and her mother and sister (who have always depended on Erin to be the responsible one). Having secretly possessed a curiosity about the taboo world of BDSM, Erin now finds an opportunity to indulge her interests in a town full of strangers. After being invited by an acquaintance to a *demonstration*, Erin is introduced to Walt Easton at the event.

The attraction between Erin and Walt is sparked almost immediately, but not in the overtly sexual way I would have expected. Erin and Walt genuinely like one another and their friendship forms in a quiet, even sweet way.  By day, Walt is a responsible and unassuming Park Ranger, but he’s also been an *ahem* active Dominant for most of his adult life. Erin know this and is intrigued by him…

He was recalling last night. I knew it, in another atypical flash of human-focused intuition. Felt it, really, as a plume of heat rolled down my neck.

I cleared my throat. “Thank you for inviting me. I’m sure it’s unusual, asking someone to your workplace who’s from…well, you know—there?”

He glanced away, turning the brim of his hat through his hand, then gestured toward me.

The timbre of his voice never changed, but the volume softened appreciably. Before I could stifle the thought, I wondered what his voice would sound like in the morning, across from me in my bed, or in my ear as his thick thighs rode between mine, behind me as he grasped my hair and drove into me again and again.

Warmth quite unlike anything I’d known spread, from that first shimmer across my neck, to my shoulders, and sparked a fuse traveling straight down my spine.

His mouth twitched slightly, then spread into a disarmingly sweet smile as his eyebrows lifted. A small rumbling chuckle escaped his chest, and then Walt the Park Ranger with matching floggers shocked the hell out of me. His eyes darted toward the parking lot, he looked down, and the tips of his ears flushed.

“Yes, of course.” I bristled inwardly at the sound of my own voice: too efficient, mechanical, harsh.

As we walked across the wooden bridge at the trail’s head, I settled into a pace a little slower than his. Practically, his legs were much longer and he would constantly trip over me if I lead. Letting him lead made sense.

An added benefit was a better view of the movement of his legs against his dark olive green pants, and the round, muscular backside that rippled in differing defined landscapes with each step. His pale green ranger’s shirt stretched across his broad back as his arms swung, revealing even more refined muscles. They strained slightly against the short sleeves before continuing on to tanned forearms, scattered with brown hair.

I pushed a damp strand of hair from my neck. Only May and it’s this humid?

On the other side of the spectrum, Walt is a man who has sworn off relationships in favor of play. When he is introduced to Erin, he immediately knows that she is new to the scene; but he also senses there is a deeper yearning brewing within her. Something more than the mere exploration of her deepest sexual fantasies. Walt intuits (correctly) that Erin wants to experiment as a submissive and he offers her careful guidance as she delves more and more into a lifestyle she knows precious little about.  What I found welcoming about Walt was his concern for Erin’s well-being. He is not an alpha man simply looking to take advantage of a naive woman. Walt values and respects Erin and strives to nurture her burgeoning sexuality.

“I don’t know.” His directness pinned me down, with no easy route to a more comfortable means of discovering everything I wanted to know about him. I wanted to hear his version of this thing—a lifestyle, maybe—he shared with Claire. And I did want to know, not only because I should if what felt like our mutual attraction became something more, but because of him. Already, I liked him. I wanted to know Walt’s story. Maybe all of them.

Glancing over at me with a wry half-smile, he laughed softly. “Straight to the point, huh?”

I shrugged, pulled at a stray peanut and bit into it. “I suppose. I wonder about things, though.”

“Hey, Erin,” he said, tipping his shoulder toward mine like a conspirator. “If you have a hard time saying it, you might want to reconsider giving it a try.”

As I read Closer and Closer, I was completely won over by Erin and Walt. Their relationship may not be defined by convention, but it is wholly real.  It is emotional and complex, intelligent and sensual. And while all my attention in this review is focused on them, this book also contains a fabulous ensemble cast of characters, each as well-developed and captivating as the two leads. This novel is the first in the new Enclave series by author Jenna Barton, and I’ve been given a few clues by the author as to what comes next.

I’ve thought a lot about this story (and definitely about Walt) over the past few weeks and I’ll be on pins and needles waiting for the forthcoming books! I’ve been spoiled lately with several 5 star reads, and I’ll happily add this story to that list.

Closer and Closer will be released by Omnific Publishing on February 10th, 2015.

You can add it to your Goodreads list or you can follow Jenna Barton’s Amazon page to await the live links.

You can also follow Jenna Barton on social media:

One thought on “Jennifer Reviews: Closer and Closer by Jenna Barton”