Mafia stories? Forbidden love? Modern Romeo & Juliet? Italian families? There is no other name that comes into my mind when I hear those questions.

By Any Other Name is no exception to her brilliant work!

I’m in love with this story. One look and I knew that Matteo is an awesome hero! You know when a guy treats and loves their mother whole heartedly? That’s the same way he’ll treat his lady. I also love how the strong relationship between siblings in the story was emphasized and how they protect one another. It’s not a huge cliffhanger but definitely there were unanswered questions that will make you want to jump and hope for the next book immediately.

This is the first book in the Forbidden Series.

Check out my illustrations… 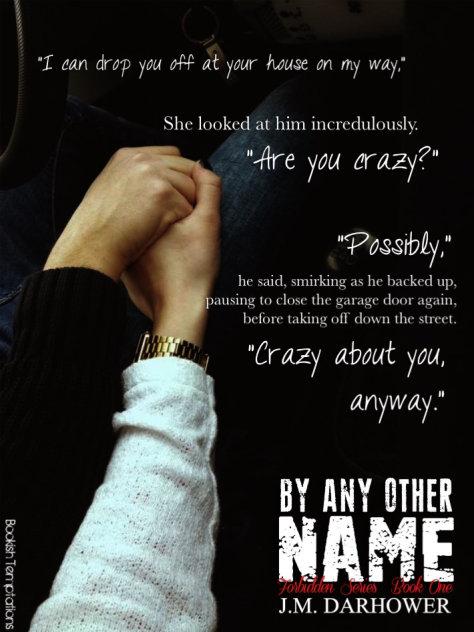 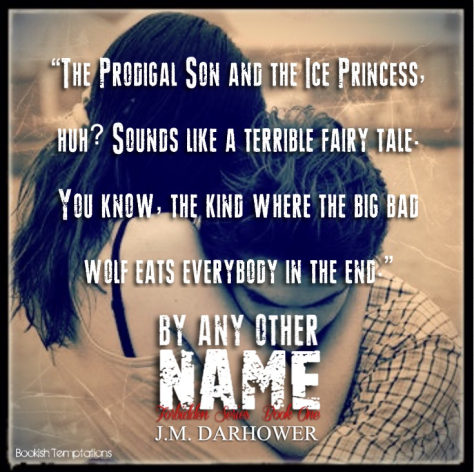 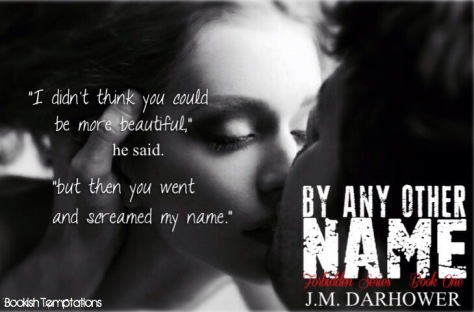 By Any Other Name
(Forbidden Series book one)
J. M. Darhower

Genevieve “Genna” Galante knows a thing or two about causing trouble. After all, it’s engrained in her DNA. As the only daughter of Primo Galante, notorious boss of the Galante crime family, her life is dictated by a certain set of rules… rules Genna was never very good at following.

Matteo “Matty” Barsanti never wanted anything to do with the family business, but as the first-born Barsanti son, certain things are expected of him. It’s his duty, according to his father, to help take down the enemy… even if that enemy means something to him.

A chance encounter on an elevator changes the course of lives, causing the biggest trouble of Genna’s young life. The only good Barsanti is a dead Barsanti. She’s heard it said time and time again. So what happens when she falls in love with one of them?

The story of star-crossed lovers caught in the middle of the biggest rivalry New York has ever seen, determined to make it… if only they can survive their parents’ feud.

J.M. Darhower is a USA Today bestselling author, best known for her Mafia romantic suspense novels. She lives in a tiny town in rural North Carolina, where she churns out more words than will ever see the light of day. She has a deep passion for politics and speaking out against human trafficking, and when she isn’t busy writing (or being a fangirl) she’s usually ranting about those things.