Today as we end our Valentine’s week celebration, I’m beyond excited to share with you a love note and a small scene involving, Hudson Chase and his soul mate, Allie from the Chasing Fire series by Ann Marie Walker and Amy K. Rogers.

Chicago was once again buried under the winter’s latest snowfall. Inches had turned into feet, burying the city alive. Hudson pulled a clean sheet of Chase Industries letterhead out of the drawer of his mahogany desk, then leaned back in his leather chair and blew out a breath.

Christ, I excel at e­mails, not this love letter crap. The things he found himself doing simply to see that knock out smile of hers. Goddamn he was in love with this woman. Out of his mind in love.

He didn’t have a card or some fancy paper that looked like cupid threw up all over it. Letterhead, fucking letterhead. Damnit. Though Allie knew him, and probably wouldn’t be surprised by the choice of stationary.

Putting pen to paper has never been my forte with the exception of slashing the mighty sword across a finely detailed contract. As I sit here in the confines of my office, I can hear you in the next room, laughing at some movie you’ve without question watched a hundred times. While meanwhile I’m sweating bullets trying to find the words to capture your heart again.

Every day I breathe, I fear I may fail.

My life was a glorious tragedy before you and now it’s simply – scratch that, magnificently – glorious. The the day you took my hand I became whole, no longer a lone soul moving through the darkness that I had become intimately familiar with.

Allie, I’m hopelessly yours. You are my fate.

Allie curled her legs beneath her on the sofa and pulled the cap off her favorite pen. This was the first year she and Hudson would be celebrating Valentine’s day as man and wife, let alone a couple, and she wanted to find just the right words to tell him how much he meant to her. But how do you tell someone they are the air you breathe ­ the sun, the moon and the stars? What words could possibly paint a picture of a life so full of happiness, not even the darkest tragedy could eclipse the love that burned bright in her heart?

She tapped her pen on the pad of paper she held in her lap. Long moments passed until it finally occurred to her that her efforts were doomed to end in vain. Because no matter how hard she tried, there were simply no words to adequately express what Hudson meant to her. Their wedding vows had come close, but even those had failed to fully capture the emotions that had bubbled inside her in that snow-covered barn.

A slow smile formed on her lips as she rose from the sofa. Hudson was hard at work in the next room, diligently working on what he claimed was an email, although judging by the curses she’d heard earlier, it was more likely his own attempt at a Valentine missive. But this was definitely a case where actions would speak louder than words, and what Allie had in mind would be a downright scream.

Much love and thanks to Ann Marie and Amy for sharing this with all of us!!!

The Chasing Fire series was one of my favorites from last year, and I highly recommend it if you haven’t had the chance to read it yet. You definitely want Hudson Chase on your book boyfriend list! 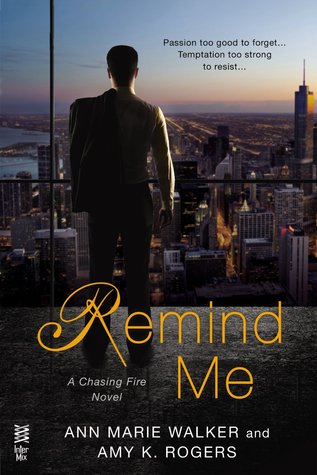 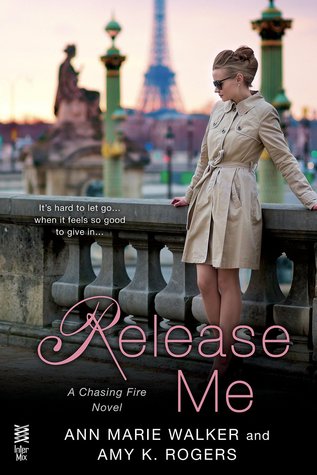 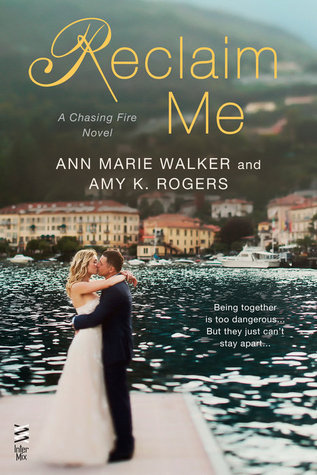