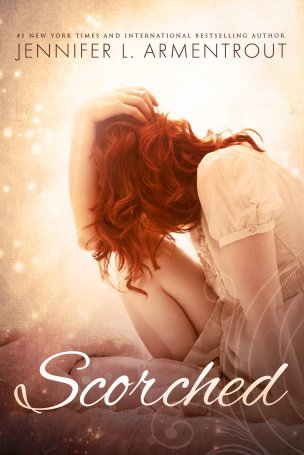 Tanner knows he and Andrea have had an epic love/hate relationship for as long as he can remember, but he wants more love than hate from her. He wants her. Now. Tomorrow. But the more he gets to know her, the more it becomes obvious that Andrea has a problem. She’s teetering on the edge, and every time he tries to catch her, she slips through his fingers.

Being a huge fan of JLA, I am always sure that I will love whatever she writes. This book in particular though, hit me a little differently.

Reading for me is a way to escape. I start my day reading, and usually end it reading. Every once in awhile, a book I need to read finds me. This is one of them. It surprised me, because I don’t expect that from this author.

This book is a part of the Frigid series, but could definitely be read on its own. What is special about it though, is Andrea’s voice. On the surface, she seems like the young privileged woman in college, partying and living life, but underneath is a sadness that she can’t get away from. It’s not until she spends a week with friends in a beautiful cabin in West Virginia, that she is forced to deal with it.

Everyone has disappointment and sadness in their lives, but if you hold it inside, it can poison your thoughts. Self-esteem and self-worth will become non-existent. Andrea’s feelings about herself really hit a nerve with me.

You know, usually the people who smile the most and laugh the loudest are the ones who…suffer the most.

I don’t want to disregard the chemistry between Tanner and Andrea, because it is fantastic. When they decide to push the boundaries between their love/hate relationship, it’s crazy intense, and I loved it. Jennifer may be known for her YA series, but she definitely can write a sex scene as well. ***fanning self***

By the end of this book, my eyes were open to the possibility of having more. Whether it be happiness, love or just peace. When you are feeling like you are in the darkness alone, just know that you are not. There is a light. Even if you only decide to face the light, before walking towards it, that is something.

Hope that had sparked in my chest now lit a fire, and I fanned it, wanting it to burn hot and bright, because hope… hope was not the enemy. It was a friend, a savior. Hope was more than a new beginning. Hope was tomorrow, and hope was the symbol that I would get better, that I would undo the bad choices that I’d made, and that I would never make them again. Hope was more than a chance of redemption. It was the promise of one day finding absolution, of forgiving myself.
But it was more than that. Hope was also today, and today was so very important. There would be no more rushing through seconds and minutes. I promised myself that. I was going to live, and it was going to be hard at times. There would be setbacks and days when everything would feel dull and tarnished somehow, but I had hope and I had the knowledge to face what was causing me to suffer. I had my friends. I had Tanner.

And most importantly, I had myself.

I give this book 5 light-filled stars and put it on my “Favorites” and “Top shelf fantastics reads” shelves on Goodreads.