The Faery realms have always weathered the clash of Summer and Winter fey, the Seelie and Unseelie Courts. Now a new breed of faery has emerged to challenge both… to their peril. Forged by Man’s insatiable pursuit of technological superiority, the terrifying Iron fey are massing…and the fate of all faeries hangs in the balance. The greatest weapon in this epic magical war? A half-human teenage girl.

Honestly, I really am wondering what the hell I was reading when these books came out back in 2012-2013. Well..there really is only so much time in the day to read, so I will have to forgive myself for not starting this series sooner. With each book, I fell more in love with the characters and their lives. It will be no surprise to anyone who has read this series to hear which book is my favorite! 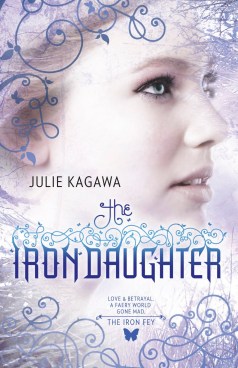 Something has always felt slightly off in Meghan’s life, ever since her father disappeared before her eyes when she was six. She has never quite fit in at school or at home.

When a dark stranger begins watching her from afar, and her prankster best friend becomes strangely protective of her, Meghan senses that everything she’s known is about to change.

Half Summer faery princess, half human, Meghan has never fit in anywhere. Deserted by the Winter prince she thought loved her, she is prisoner to the Winter faery queen. As war looms between Summer and Winter, Meghan knows that the real danger comes from the Iron fey—ironbound faeries that only she and her absent prince have seen. But no one believes her.

I love when I start a series and completely fall in to the world that the author painstakingly writes about so beautifully. The first two books did a great job of getting my head wrapped around the changes the Meghan goes through to understand who she is, but with each choice she meets, she doesn’t loose herself completely.

That right there is not an easy thing to do in the NeverNever. Just when Meghan starts to understand what’s happening, things change, rules change, and only having a cat sith named Grimalkin will help you, BUT that’s only if you are willing to give up something in return.

–Combat doesn’t have to be with swords… Emotions can be deadly weapons, and knowing your enemy’s breaking point can be key to winning a battle.

–Science is all about proving theories and understanding the universe. Science folds everything into neat logical well-explained packages. The fey are magical capricious illogical and unexplainable. Science cannot prove the existence of faeries so naturally we do not exist. That type of nonbelief is fatal to faries.

–Glamour is fueled by the dreams and imagination of mortals. Writers, artists, little boys pretending to be knights – the fey are drawn to them like moths to flame. Why do you think so many children have imaginary friends?

–You’re kind of blind, you know?” Puck whispered, smiling to soften his words. “I wouldn’t defy Oberon for just anyone. But, for you…” He leaned forward, touching his forehead to mine. “I’d come back from the dead for you.

–There was nothing sweet or gentle in our last kiss; it was filled with sorrow and desperation, of the bitter knowledge that we could’ve had something perfect, but it just wasn’t meant to be. 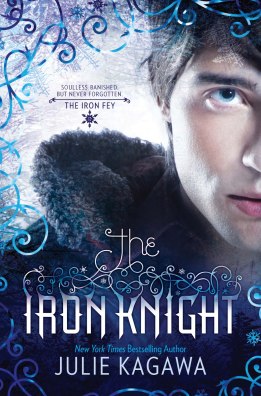 My name is Meghan Chase.

I thought it was over. That my time with the fey, the impossible choices I had to make, the sacrifices of those I loved, was behind me. But a storm is approaching, an army of Iron fey that will drag me back, kicking and screaming. Drag me away from the banished prince who’s sworn to stand by my side. Drag me into the core of conflict so powerful, I’m not sure anyone can survive it.

This time, there will be no turning back.

To cold faery prince Ash, love was a weakness for mortals and fools. His own love had died a horrible death, killing any gentler feelings the Winter prince might have had. Or so he thought.

Then Meghan Chase – a half human, half fey slip of a girl – smashed through his barricades, binding him to her irrevocably with his oath to be her knight. And when all of Faery nearly fell to the Iron fey, she severed their bond to save his life. Meghan is now the Iron Queen, ruler of a realm where no Winter or Summer fey can survive.

Reeve Carney is my Ash 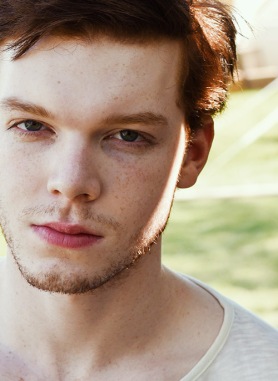 Cameron Monaghan is my Puck

In the third book, the love triangle becomes more of an issue because Meghan needs both Ash and Puck to take down the false Iron King before all of NeverNever is gone. I have a thing for red-heads, so Puck would be the obvious choice for me. But…there is something about a beautiful, brooding, dark-haired knight that got my attention

The Iron Knight was definitely my favorite for a couple of reasons. First, it’s told from Ash’s point-of-view, and the audio version, narrated by MacLeod Andrews, was so fantastic. Everything about it was perfect. The storyline itself so thoughtfully done. We got to hear about Ash’s past. Experience his life before Meghan and Puck, as a Faery prince. The flashbacks and glimpses into what could be his future. I was surprised and completely connected to everything that Ash goes through to be with Meghan again in the Iron realm.

–“I will always be your knight, Meghan Chase,” he whispered in a strained voice, as if every moment he remained was painful to him. “And I swear, if there is a way for us to be together, I will find it. No matter how long it takes. If I have to chase your soul to the ends of eternity, I won’t stop until I find you, I promise.”

–“I have always loved you, princess” Robin Goodfellow promised, his green eyes shining in the darkness. “I always will. And I’ll take whatever you can give me.”

–“If I’d thought I would regret it,” he said calmly, “I never would have made that oath. I knew what becoming a knight would mean. And if you asked me again, the answer would still be the same.” He sighed, framing my face with his hands. “My life… everything I am… belongs to you.”

-I’m going to kill you one day,” I told him as we hurried after Grimalkin, back into the swampy marshland. It was not an idle threat. Puck just laughed. “Yeah. You and everyone else, prince. Join the club.

–We were born from their dreams, their fears and imaginations. We are the product of their hearts and minds. Without a soul we are immortal, yet empty. Remembered, we exist. Forgotten, we die. And when we die, we simply fade away, as if we never existed at all.

–How could I have been so blind as to want a soul? It was laughable now, to think that a soul could live inside me without being tainted by the centuries of blood and evil and death. The voices agreed, laughing at me, mocking my quest. I didn’t deserve a soul; I didn’t deserve happiness, or peace. Why should I get my happy ending, when I’d left a swath of horror and destruction behind me wherever I went?

Because of the books being Young Adult, there aren’t any steamy love scenes, but there is still chemistry and love in the intimate scenes. I was so caught up in the adventure that I didn’t feel like anything was missing.

I give the whole Iron Fey series 5 magical stars, and put all of the books on my “favorite” and “top shelf fantastic reads” shelves on Good reads.

I so excited to start the spin-off series The Iron Fey: Call of the Forgotten next!