I want to share with you my love of the paranormal genre called Steam Punk. It’s been a personal favorite of mine, and I have recently read a few book series that fit into this niche.

Because I am going to review the book series instead of individual books, I decided to break this post into two parts.

First, let’s define what I mean by “steam punk”.

END_OF_DOCUMENT_TOKEN_TO_BE_REPLACED

Giselle Cormier from Xpresso Book Tours is graciously letting me post the interview she did with P.T. Michelle. We also have an excerpt from Destiny as well as a giveaway of the book!!

END_OF_DOCUMENT_TOKEN_TO_BE_REPLACED

I am so excited to be able to participate in P.T. Michelle’s Book Blog Tour for her third book Destiny in the series, Brightest Kind of Darkness. Hosted by Xpresso Book Tours.

Before we talk about Destiny though, I should probably share with you my thoughts on the first book, Brightest Kind of Darkness.

END_OF_DOCUMENT_TOKEN_TO_BE_REPLACED

Omnific Publishing is celebrating all things Omnific, Romance, and Angels! August 5th-10th, participating blogs will be featuring different guest posts, interviews, and excerpts by the authors of The Omnific Angels. Check out other stops and giveaways here.

Omnific and the authors would like to invite you to join the Angel Goodreads Group! Head over to Goodreads and see what’s going on: http://www.goodreads.com/group/show/100102-angels-in-romantic-fiction.

END_OF_DOCUMENT_TOKEN_TO_BE_REPLACED 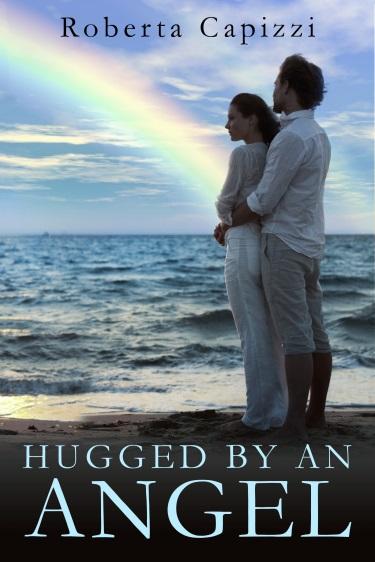 How can you ever love again when tragedy has crushed your heart?

Kathleen used to love life. She had plans, dreams, and faith in life; but that was before the accident that took it all away from her in an instant. Now that her beloved brother is dead and she’s confined to a wheelchair, her future is but a dark cloud hovering above her head. How can she ever find the will to move on and keep living without him? Even the cares of the happy-go-lucky American physiotherapist who’s helping her with her rehab therapies are all in vain. Life seems to have lost its meaning, until one night she receives an unexpected celestial visit…

Colin has been working as a physiotherapist in Dublin for almost five years, but he’s never bonded so much with a patient like he is bonding with Kathleen; there’s something about those sad blue eyes that makes him want to help her, to take away the pain that reminds him so much of his own. Having lost both his parents in a plane crash when he was only sixteen, Colin knows how it feels to have someone you love taken so abruptly away from you, and he makes it his mission to help Kathleen find her faith in life again. But something changes along the way…

Sometimes love can work miracles. If you believe.

END_OF_DOCUMENT_TOKEN_TO_BE_REPLACED

The synopsis: Suffering is worst when you’re doing it alone. But Emma’s taking Hell like an angel—even though her languishing began with having her seraph wings torn from her back. Now her worst enemy lords his body and his evil desires over her while she tries desperately to remember the words to her favorite prayer.

As Devil, Jack used to have Hell and its women humming like well-oiled machines. Too bad he’s nowhere near the place now. Stuck on Earth as a human, he must work with a ragtag team of exiled minions and half-breeds to save the angel who’s become all that matters.

Rescuing a seraph is the plan, but breaking into Hell means letting evil things out. Once they collide, minions and angels converge in the battle of the ages: good versus evil. But which side is which? Will Jack destroy the world as he fights to save Emma, his true and timeless love, from a damnation he designed?

An action-packed sequel to Crushed Seraphim, this tale reveals—time and again—what happens when the heart’s deepest desires break free. With a story both sizzling and sensual, emotional and enigmatic, Debra Anastasia invites readers to join a battle with nothing less than love on the line.