I’m pleased and honored to share with you that Bookish Temptations has been invited back to participate in all the new things for #OfficialFifty. That means up-to-date news items and content debuts, and other exclusive opportunities. Today, I have a brand new trailer and some news about about the upcoming Blu-Ray/DVD to share…

END_OF_DOCUMENT_TOKEN_TO_BE_REPLACED

Ah yes, The Bard of Avon. William Shakespeare, English poet, dramatist, and actor, often called the English national poet, is widely considered the greatest dramatist of all time. I was 14 when I read my first Shakespeare play in school, Romeo and Juliet, and from that moment on, I was hooked. I admit that I had trouble with the language. There was a disconnect for me, until I watched the play come to life in the well known 1968 film version by Zeffirelli. All of a sudden, it clicked for me. I get why we sometimes are overwhelmed when reading Shakespeare though. Though the language is only one linguistic generation away from ours, its full of words we don’t even use anymore. As well as having to deal with poetic license, versification and archaisms, the grammar and spelling rules were still not established at that time in history. The dude has been credited by the Oxford dictionary with creating over 3000 new words.  As quoted by Louis Marder, “Shakespeare was so facile in employing words that he was able to use over 7,000 of them—more than occur in the whole King James version of the Bible—only once and never again.”

Yeah. So if you are one of those who doesn’t “get” reading Shakespeare, don’t beat yourself up over it. There’s another way to enjoy Shakespeare, as I learned the first time round in high school. Now that the history lesson is over, let’s get to why I wrote this post. My favourite Shakespeare plays, which I not only love to read, but also on occasion have made the leap from the page to favourite film as well. Join me after the jump and find out which made the cut.

END_OF_DOCUMENT_TOKEN_TO_BE_REPLACED

When fifteen-year-old Michael Berg falls ill on his way home from school, he is rescued by Hanna, a woman twice his age. In time she becomes his lover, enthralling him with her passion, but puzzling him with her odd silences. Then she disappears.

Michael next sees Hanna when she is on trial for a hideous crime, refusing to defend herself. As he watches, he begins to realize that Hanna may be guarding a secret she considers more shameful than murder.

END_OF_DOCUMENT_TOKEN_TO_BE_REPLACED 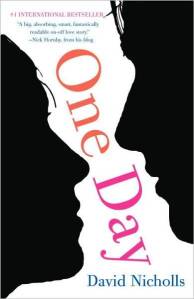 It’s 1988 and Dexter Mayhew and Emma Morely have only just met.  But after only one day together, they cannot stop thinking about one another.  Over twenty years, snapshots of that relationship are revealed on the same day – July 15th – of each year.  Dex and Em face squabbles and fights, hopes and missed opportunities, laughter and tears. And as the true meaning of this one crucial day is revealed, they must come to grips with the nature of love and life itself.

END_OF_DOCUMENT_TOKEN_TO_BE_REPLACED

“You’re dangerous?” I guessed, my pulse quickening as I intuitively realized the truth of my own words.

He was dangerous. He’d been trying to tell me that all along.

He just looked at me, eyes full of some emotion I couldn’t comprehend.

“You’re wrong.” His voice was almost inaudible. He looked down, stealing my bottle lid and then spinning it on its side between his fingers. I stared at him, wondering why I didn’t feel afraid. He meant what he was saying — that was obvious. But I just felt anxious, on edge… and, more than anything else, fascinated. The same way I always felt when I was near him. –  Chapter 4 Invitations

” I decided as long as I was going to hell, I might as well do it thoroughly.”-Edward to Bella, chapter 5

“I decided it didn’t matter,” I whispered.

“It didn’t matter?” His tone made me look up — I had finally broken through his carefully composed mask. His face was incredulous, with just a hint of the anger I’d feared.

A hard, mocking edge entered his voice. “You don’t care if I’m a monster? If I’m not human!”

“The blush on your cheeks is lovely,” he murmured. He gently freed his other hand. My hands fell limply into my lap. Softly he brushed my cheek, then held my face between his marble hands. “Be very still,” he whispered, as if I wasn’t already frozen. Slowly, never moving his eyes from mine, he leaned toward me. Then, abruptly, but very gently, he rested his cold cheek against the hollow at the base of my throat. I was quite unable to move, even if I’d wanted to. I listened to the sound of his even breathing, watching the sun and wind play in his bronze hair, more human than any other part of him.” – chapter 13. Confessions

“No,” he continued, “In was thinking there was something I wanted to try.” And he took my face in his hands again. I couldn’t breathe. He hesitated-not in the normal way, the human way. Not the way a man might hesitate before he kissed a woman, to gauge her reaction, to see how he would be received. Perhaps he would hesitate to prolong the moment, that ideal moment of anticipation, sometimes better than the kiss itself. Edward hesitated to test himself, to see if this was safe, to make sure he was still in control of his need. And then his cold, marble lips presses very softly against mine.” – chapter 13.Confessions

“Isn’t it supposed to be like this?” He smiled. “The glory of first love, and all that. It’s incredible, isn’t it, the difference between reading about something, seeing it in the pictures, and experiencing it?” – chapter 14.

” And then,” he whispered ” as you were sleeping, you said my name. You spoke so clearly, at first I thought you’d woken. But you rolled over restlessly and mumbled my name once more, and sighed. The feeling that coursed through me then was unnerving, staggering. And I knew I couldn’t ignore you any longer.”

“For almost ninety years I’ve walked among my kind, and yours…all the time thinking I was complete in myself, not realizing what I was seeking. And not finding anything, because you weren’t alive yet.”- Edward to Bella , chapter 14

“Your human instincts…” I began. He waited. “Well, do you find me attractive, in that way, at all?” He laughed and lightly rumpled my nearly dry hair. “I may not be human, but I am a man,” he assured me- chapter 14.

“You are utterly indecent- no one should look so tempting, it isn’t fair.” – Edward to Bella chapter 15

He took my hand, moving it from his lips but holding it to his face. “I love you,” he said. “It’s a poor excuse for what I’m doing, but it’s still true.”- chapter17

“You are my life. You’re the only thing it would hurt me to lose.” I was getting better at this. It was easy to admit how much I needed him. “- Bella to Edward, chapter 24

“It’s not the end, it’s the beginning,” I disagreed under my breath.

“Do you remember when you told me that I didn’t see myself clearly?” I asked, raising my eyebrows. ” You obviously have the same blindness”- Epilogue

END_OF_DOCUMENT_TOKEN_TO_BE_REPLACED

There are 8 official character posters for the upcoming Hunger Games movie.

See them all at the following link .

How do you feel about the casting? Are you excited about the upcoming movie, or dreading that it won’t live up to the book? Leave me a comment and let me know.

Yesterday, the release date for Catching Fire, the second book-to-film installment in The Hunger Games trilogy was announced by Lionsgate (the film studio responsible for translating the series from Suzanne Collins’ hit books to the big screen) as November 22, 2013.

The release date for The Hunger Games (which is still being filmed in North Carolina at the moment and features Jennifer Lawrence, Josh Hutcherson, Liam Hemsworth, Lenny Kravitz, Woody Harrelson, Elizabeth Banks, and Donald Sutherland) is March 23, 2012.

As far as why there is such a long lag time between the two releases, the statement from Lionsgate Chief Operating Officer Joe Drake only notes that “the period around the Thanksgiving weekend is such an opportunity for families and friends to make an event of going to the movies.” (Translation: They hope the franchise becomes big enough to merit a splashy, possibly more lucrative holiday season release.) No other details, such as additional casting or production dates, were announced in the statement.