Doesn’t that look like a cozy little reading spot? That’s not why you’re here tho is it? You saw book recommendations, and maybe thought you’d find a great book to read right?!? Well, that’s what I’m here for 🙂

I’ve read several books that I didn’t review but I really enjoyed, so I wanted to pass along my shout out for them in case you haven’t had the pleasure yourself…ready?!?

END_OF_DOCUMENT_TOKEN_TO_BE_REPLACED

Since I am the resident YA paranormal girl at BT, I thought I would share with you what I’ve been reading lately in this particular genre.

Everyone here loves the Outlander series from Diana Gabaldon, I thought I would do a “shout out” to another time travel series, the Hourglass series from Myra McEntire that I loved. I recently read the last book Infinityglass, and thought it was outstanding! Tamie wrote a great review for the first book Hourglass, back when it was first released here. It’s the reason why I put the books on my TBR list back in 2012.

I am also a huge fan of Warm Bodies by Isaac Marion, and recently read Fatal by TA Brock. Another cool book about zombies.

END_OF_DOCUMENT_TOKEN_TO_BE_REPLACED 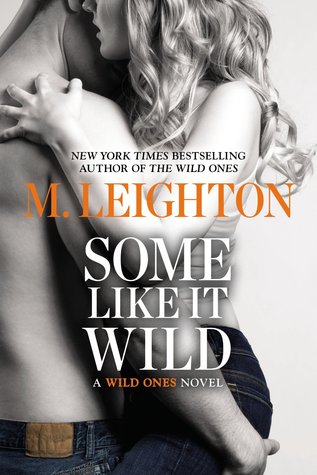 First was The Wild Ones. Now, the next book in M. Leighton’s Wild Ones series…How far will a good girl go for the bad boy she loves?Laney Holt is a preacher’s daughter. A good girl. Her only goal was to get married, have babies, and live happily ever after, just like her parents. Only that didn’t happen. The two people closest to her betrayed her, and Laney’s dreams came crashing down. Now she’s left with an empty space she doesn’t know how to fill. Until she meets Jake Theopolis, a daredevil with a death wish who has heartbreaker written all over him.Jake has no interest in thinking beyond the here and now. All he wants out of life is the next rush, the next “feel-good” thing to keep his mind off the pain of his past. His latest rush? Showing Laney there’s more to life than being a good girl—and that going bad can be so much fun. Her only concern now is how she can ever hope to satisfy the wild side of a boy like Jake. She’s looking forward to trying. And so is Jake.

END_OF_DOCUMENT_TOKEN_TO_BE_REPLACED 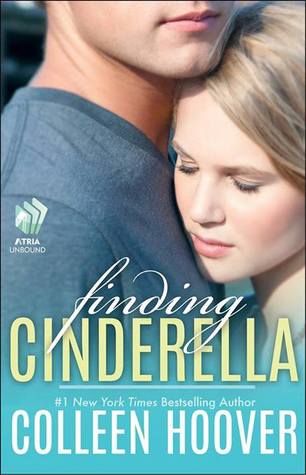 A chance encounter in the dark leads eighteen-year-old Daniel and the girl who stumbles across him to profess their love for each other. But this love comes with conditions: they agree it will only last one hour and it will only be make-believe.

When their hour is up and the girl rushes off like Cinderella, Daniel tries to convince himself that what happened between them only seemed perfect because they were pretending it was perfect. Moments like that with girls like her don’t happen outside of fairytales.

One year and one bad relationship later, his disbelief in insta-love is stripped away the day he meets Six: a girl with a strange name and an even stranger personality. Daniel soon realizes the way he pretended to feel about Cinderella and the way he really feels about Six may not be so different after all. Especially when the two loves of his life end up being one in the same.

Unfortunately for Daniel, finding Cinderella doesn’t guarantee their happily ever after…it only further threatens it.

END_OF_DOCUMENT_TOKEN_TO_BE_REPLACED

Today’s Shout Out is for Torn by K.A. Robinson…

END_OF_DOCUMENT_TOKEN_TO_BE_REPLACED

This weeks Sexy Sentence Saturday comes from the Up in the Air series by R.K. Lilley. I was lucky enough to meet her at Book Bash, and she’s not only gorgeous, but very friendly and easy to talk to. These are fabulous books, so if you haven’t read them…you need to! O…and the guy?!? James Cavendish…YOWZA peeps…you’ll want him on your list of favorite book boyfriends for sure!

END_OF_DOCUMENT_TOKEN_TO_BE_REPLACED

How do you fight the monster when it is inside of you?

The black lake beneath Dublin’s medieval city holds a secret. Imprisoned there for millennia, an ancient race of demi-gods have found a way to the surface and are preying on humans to feed their sexual appetites. Hunted to near-extinction, these half-men, half-beasts have been without a single female to breed a new generation. Until now.

All her life, Ashling DeMorgan feared her dreams. She kept her head buried in ancient mythology, because the real world seemed so much scarier. On returning to Dublin to settle her invalid grandmother’s affairs, Ash discovered a city plagued by the same wolf-like creatures that killed her mother. Their bite is like sexual heroin and Ash has been bitten. Now she is trapped in a waking nightmare, with the monster who ordered the death of the only man she’s ever loved. Made to doubt if she ever really knew the assassin-turned-guardian who stole her heart and gave his life for hers, Ash finds herself betrayed by her own changing body.

In a dangerous world of suspicion and divided loyalties, Ash must come to terms with what she is becoming. Worse still, her infuriatingly arrogant captor may just prove to be her most unlikely ally in what will become a life and death race for survival.

MacTire, king of a once formidable race, has lived his life in the shadow of a half-brother who took everything from him. Connal Savage seduced his mate and engineered a genocide that all but exterminated their species. Finally, he has a chance at retribution. Connal’s woman is his for the taking. But are the bonds of brotherhood so easily severed and are the ghosts of the past ever truly dead and buried, or will they come back to haunt him?

END_OF_DOCUMENT_TOKEN_TO_BE_REPLACED

I haven’t done a Shout Out in quite a while, so my apologies…today’s goes to The Englishman by Nina Lewis… END_OF_DOCUMENT_TOKEN_TO_BE_REPLACED