November 2008, I was attending college (as a mature student, lest you mistake me for a young thing) and one of the girls I met in my classes who WAS a young thing of 21, would not stop talking about some movie called Twilight. I had seen the trailer on TV, and a certain actor *cough Rob cough* had piqued my interest. Hearing the word “vampire” from the lips of the then-unknown-to-me Bella, and I knew I would be watching it. What I didn’t realize, was that it was based on a book until I saw Twilight on the shelf at the bookstore.

I brought it home and in true form, my sister nabbed it and read it before I could. She finished it in two or three days and promptly asked me upon finishing…”Where is the next one?” The next one what? There was a next one? News to me. When I went back to the bookstore, I couldn’t believe I had missed it the first time. The display, did indeed have all four books. I bought New Moon and Eclipse, leaving the hardcover of Breaking Dawn on the shelf until I had a chance to read the other books and decide whether I deemed it worth the $40 it was going to cost me.

I read them in less than a week. Right before Christmas. During exams at school. I was at home when I finished Eclipse and called my sister, telling her not to cross the threshold without Breaking Dawn in her hands on pain of death. I was only partially kidding. Not since reading Jane Austen’s works had I fallen that hard for book characters. I wanted more. I read them again. And again. I watched the movie a few dozen times. Still I wanted more. How could I get more? Through my new-found Robsession and love of Twilight, I came across a few blogs that fed my addiction. Namely, Robsessed  and our beloved RAoR (Random Acts of Rob). There I had some amazing discussions about Rob and Twilight, and I was introduced to Twilight fan fiction. A whole new way to feed my addiction to Edward. Eventually I was introduced to Twitter, but I didn’t really get the point of it. In fact, I didn’t really get on board with the Twitter thing until April of 2011, even though I had had the account for two years.

Why am I giving you a personal history of my Twilight addiction? I’m getting to that…as well as the BDB. So please, join me and my ramblings (which will lead to a point, I promise) after the jump.

END_OF_DOCUMENT_TOKEN_TO_BE_REPLACED

I’ve gotta say right off that I’ve been waiting a very long time to write about this book boyfriend, but let me start by sharing something that might surprise you…

I didn’t like Rehv AT ALL for the 1st few books of the series…in fact I would go so far as to say I despised him…Holy Crap! Did I just hear gasps and bad words from some of you?!? Well OK fair enuff…I get that some of you loved him right from the beginning, and to be honest I usually have a soft spot for the bad boy type…but I just wasn’t feeling it for this particular one “true?”

END_OF_DOCUMENT_TOKEN_TO_BE_REPLACED

Happy Sunday all!  WoW! We’ve got a ton of goodies lined up for you this week at Bookish Temptations…

BUOF (Bring ur own fans)

O. Hi there…I was just checking out all the ways I could spell out My Book Boyfriend’s name this week, but no matter how I do it he’s still one hawt BDB mother…erm…Brother 😉

Do you remember a few weeks ago that I told you I have four favorites among the Brothers? Well, V is one of those. Yup! I lurved him from the beginning. Not only is he one of the most hellacious Vamps ever…he’s one of the most hellacious DOODS ever. And the relationship he has with Butch?!? Fanfuckingtastic! It helped make V’s book something special to me. I flove any scenes in which both appear. Not that I don’t have mad love for Doc Jane…I do, but it’s just not often that you get 2 buddies that you almost wish…well…I’m glad he ends up with Jane.

END_OF_DOCUMENT_TOKEN_TO_BE_REPLACED 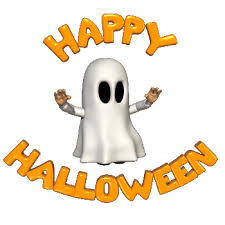 In case you’re one of those people (like me) who are staying home tonight and you need a good read here are some of my favorite adult fantasy/paranormal books.

1. A Discovery of Witches by Deb Harkness

As a reminder, Book to Film Fridays are your opportunity to tell us who you imagine would play a specific character if the book or series became a movie.  Of course, we’ll also be sharing our ideas and opinions too.  The purpose of all this…to have fun…and maybe to sway some Hollywood casting agents!!

This Friday’s hot dood is …