“You will never be alone! We’re together. Do you understand?.” —Beckett

How could you not love Beckett? Cole? and Blake? These three have always been on the list of my favorite book boyfriends. They made a comeback after the happily ever after on Saving Poughkeepsie. It’s not a continuation though. It’s a rewind from the start, when the bromance blossoms between the three. I had a love-hate moment reading Poughkeepsie Begins. There were so many heart wrenching scenes that I truly cannot imagine happening to these young boys. But everything that they went through really defines and molds the strong foundation of their brotherhood.

Debra will always be on my top favorite authors.

Check out some of my favorite scenes…

END_OF_DOCUMENT_TOKEN_TO_BE_REPLACED

What fictional world would you love to live in, even if just for a day?

END_OF_DOCUMENT_TOKEN_TO_BE_REPLACED

Fans of Alyssa Rose Ivy’s, here’s a SUPER exciting announcement:FORGED IN STONE, Book 1 in The Forged Chronicles is here!!!

That’s right! Alyssa Rose Ivy has released this New Adult Fantasy Romance TODAY! You can find an exclusive Crescent Chronicles bonus scene in the back of FORGED IN STONE! You are NOT going to want to miss this exciting, new series. Go grab your copy today!

A Message from Alyssa:

Hey everyone! I’m excited to announce the surprise release of Forged in Stone, the first book in a brand new NA Fantasy Romance series. I’ve been waiting to write this story for ages, and I’m so excited to finally share it with all of you. Although it’s fantasy, there are paranormal elements and it will eventually tie into the other Chronicles series. Fans of Levi and Jared will definitely want to meet James.

When you are finished reading Forged in Stone, be sure to check out the bonus Crescent Chronicles short story in the back. I hope you guys enjoy James and Ainsley’s story!

Check out the excerpt and enter the giveaway!

END_OF_DOCUMENT_TOKEN_TO_BE_REPLACED 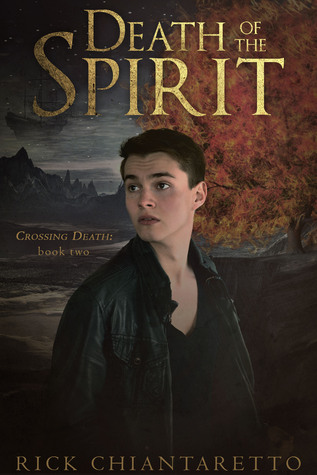 Today I have a teaser and a giveaway to share with you. The teaser is from Death of the Spirit by Rick Chiantaretto. This is book two in the Crossing Death series. Make sure to check out the  giveaway too!

END_OF_DOCUMENT_TOKEN_TO_BE_REPLACED

I don’t know how the temperatures are where you live, but it’s damn cold in the mornings and evenings in my neck of the woods, so I’m in dire need of some warming up…preferably by my favorite HOT guy …Mmmm…

END_OF_DOCUMENT_TOKEN_TO_BE_REPLACED

This Sunday I’m in bed with Matthew Clairmont from, The Book of Life by Deb Harkness…

END_OF_DOCUMENT_TOKEN_TO_BE_REPLACED

The Fever series by Karen Marie Moning really had a huge impact on me in many ways, so it seemed fitting that I talk about it for my 1st Throwback Thursday post…

END_OF_DOCUMENT_TOKEN_TO_BE_REPLACED

Check out this cover reveal of The Silver Rift by Teal Haviland!

END_OF_DOCUMENT_TOKEN_TO_BE_REPLACED

Today we’re participating in the release promotion of Impassion by B.C. Burgess with an excerpt and giveaway…

According to the fairy tales Layla read as a child, she’d stepped into one, but her perfect world has a price, and she may end up paying with her life….

Following three years of loneliness, twenty-one-year-old Layla Callaway suddenly has the extended family she always wanted, a beautiful home in Clatsop County, Oregon, her own prince charming, and the ability to perform astonishing magic. All should be well as she gets acquainted with the powers she never knew she had and the coven she never knew she belonged to, but she continues to mourn the circumstances that got her there while struggling to adjust.

Thankfully Layla has her prince charming – Quin Kavanagh – a gorgeous member of her coven who goes out of his way to take care of her. His gentle hands lead her everywhere, including realms of pleasure previously unknown, so when she learns of his playboy past and a hurtful secret he’s been keeping, her shaky world threatens to crumble.

And it couldn’t happen at a worse time.

Danger grows nearer. Obsessed with Layla’s ethereal beauty and immense power, Agro eliminates leads on his way to Oregon. But there’s a stranger lurking much closer to Layla’s new home, and he’s closing in quicker than anyone knows.

Leaving a trail of tragedy in their wakes, both wizards crave what Layla has, and they’ll stop at nothing to get it.

And now the excerpt…