All Rose Hart wants to do is put her past behind her, but it seems she can never escape the drama. Attempting to take control of her life she moves out with a new roommate, Sarah Boswell. Unfortunately, Sarah’s past is littered with questionable choices that affect Rose in ways that could alter her life forever.

Kane Thornton is one of Castle’s top foot soldiers in his empire of crime. He enters Rose’s life on orders from an uncle she never knew existed. For two years he kept a healthy distance, torn over being loyal to Castle and succumbing to his secret love for the woman he has been ordered to protect and not love. He never thought he would be capable of feeling this way over anyone again. His tragic past made him cold…emotionless. Rose was alluring. His need for her insatiable. Despite everything he thought he stood for, he knew he had to do everything he could so she would be his.

Bound together in a world of crime Rose was thrust into, their lives become entwined as they fight to keep their love alive despite the chaos of love, lust, and danger. The greatest battle they will face is the one that has the power to destroy them.

This is a romantic suspense novel and is told by the main character’s’ POV.

This is book three in the Castle series but can be read as a standalone. However, I recommend reading the prior books in the series, as characters play recurring roles throughout

Warning: This book deals with mature subject matters such as coarse language and explicit sexual situations. It is not suitable for anyone under the age of 18.

Emily Bowie is from a small town in Western Canada. She went to university and earned two degrees before she decided to take a chance at doing what she loved most – writing.

She has published two books thus far: Allure of the O’Neal Sisters and Behind the Closed Door. Her third book Allure Behind Rose will be out fall 2016.

She married her high school sweetheart and they have two amazing children.When she is not writing she can be found reading a good book, making digital scrapbooks and being physically active—whether it is at the gym, going for a walk, or playing /keep up with her children.

for making this release blitz possible!

It is both a pleasure and honor to work with someone as super awesome as Phoenix Rayne for her books Your Secret’s Safe with Me (book 1 and book 2).

If you’re a fan of romantic suspense genre, this series is for you! It has a great story line. The characters are beautiful, perfectly flawed and raw. I just have to warn you tho, this is an emotional roller coaster ride. So be prepared! Your Secret’s Safe with Me ends with a cliffhanger. Fortunately book two is now available too. I’ve heard from her that book 3 will be out in Spring this year. 😉

Target on Our Backs by J.M. Darhower

The best way to keep your word is never to give it.

Not long ago, in a chapel in Vegas, I swore to love Karissa for the rest of my days. But nobody’s promised an infinite number of tomorrows. Nobody’s promised forever. Sometimes, all we have left is today.

It should’ve been over, we should’ve been happy, but people are making it hard for me to live in peace. I’ve got so much blood on my hands they’ll never be clean, and somebody out there seems to want me to pay for it. Happily Ever After always comes at a cost, one any real man would be willing to pay. But that doesn’t mean I’m just going to roll over and accept these consequences.

Because when it comes to the woman I love? The life I’ve fought for?

Ignazio is quite the character, so I loved being back in his head. I actually had to step away to take a break,  because it got so intense. I loved it!

END_OF_DOCUMENT_TOKEN_TO_BE_REPLACED

First things first! We’d like to wish everyone a very Happy New Year. We hope 2016 treats you like you deserve to be treated, and is full of love, laughter, fabulous books, and of course…fabulous book boyfriends 🙂

It seems like we readers are always waiting and anticipating our next great reads right?!? Here’s the books we’re most looking forward to…so far…for 2016…

END_OF_DOCUMENT_TOKEN_TO_BE_REPLACED 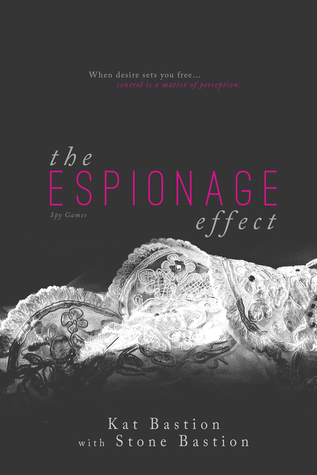 END_OF_DOCUMENT_TOKEN_TO_BE_REPLACED

Mafia stories? Forbidden love? Modern Romeo & Juliet? Italian families? There is no other name that comes into my mind when I hear those questions.

By Any Other Name is no exception to her brilliant work!